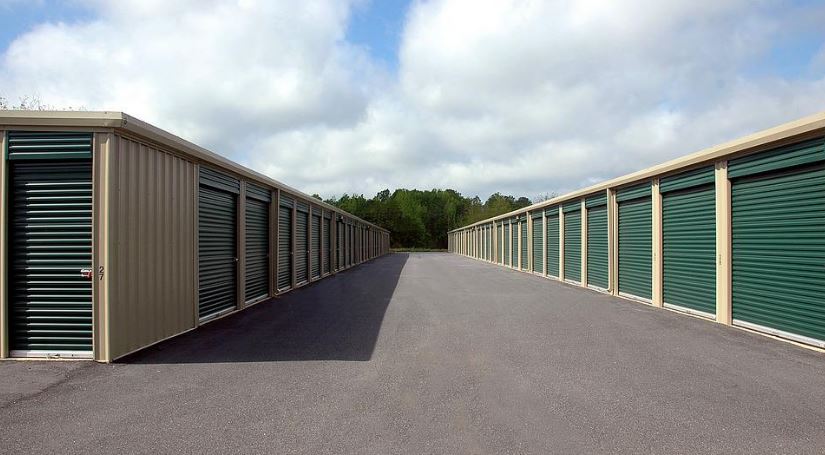 Are you a fan of reality TV shows? Check out STORAGE WARS if you haven’t already. It is an A&E reality television competition show. From December 1, 2010, through January 30, 2019, it aired for 12 seasons. In April 2021, the 13th season premiered. The show follows professional buyers as they bid on lockers in storage facilities across the state. Buyers have five minutes to survey the contents of each locker from the doorway before the auction, but they are not allowed to enter the locker or touch any of the objects.

Dave known as the Mogul is a long founding member of the long-running reality show known as The Mogul. His slogan, “Yuuup!” has gained him a lot of attention. His time in the spotlight hasn’t always been pleasant, as he’s caused controversy both on and off TV.

A San Diego storage auction veteran. His catchphrase is “This is the WOW factor!”. While others have turned storage auctions into steady enterprises, Darrell is always looking for the “big hit.” With a big game, Darrell is ready to brag about the four Picassos and the world’s most valuable comic book collection he has acquired through storage auctions.

The Collector is his nickname. Until his retirement, Weiss and his brother ran a thriving fruit business. Weiss has always been interested in antiques. Barry has been collecting antiques since he was 15 years old, and his passion for the hobby continues to this day.

In season five, Mary joined the cast, appearing in three episodes while on a trip to Long Beach in January 2014. She also goes by the moniker The Junkster. Mary’s Finds, an antique and furniture restoration business, is her business. Mary frequently restores artifacts from the sets she has acquired for the show.

Dan and Laura Dotson, a husband and wife duo, were the principal auctioneers for the entire duration of Storage Wars. Their auction approach was characterized by traditional fast-talking banter, punctuated by the occasional reality-show-friendly squabble with a bidder. Laura also had a delightfully old-fashioned catchphrase: “Don’t forget to pay the woman!” Dan and Laura now own and operate American Auctioneers, a private auctioneering firm. They hold public auctions across California, the most of which are standard legal sales and seized lockers, but some of which have unique themes (such as the Cars, Stars, and Rock ‘N’ Roll event in February 201

Storage Wars’ cast made some surprising discoveries over the course of 12 seasons. Over the years, the group discovered artifacts in abandoned storage lockers owned by people from various walks of life (and with all kinds of interests), ranging from a full beekeeping set to a big My Little Pony collection to a World War II minesweeper to an entire comic book collection. Some of the items on the show are unusual. For example, Darrell Sheets’ gamble paid out when he invested $3,600 on a storage locker that contained a huge art collection by Frank Guttierez worth around $300,000.

A stack of newspapers from the day Elvis Presley died, August 16th, 1977, was discovered in 2010. A total of $90,000 was spent on the newspapers. Dan and Laura discovered Spanish gold “Pieces of Eight” behind a locker they auctioned in 2011, which turned out to be an intriguing find.

The Near-Mint Condition Copy of Action Comics #1, which was auctioned at a California storage facility, is the most impressive find so far. The comic book used to belong to Nicholas Cage, who declared it stolen in 2000. It was sold on the comic collector site ComicConnect.com for over two million dollars.

Storage Wars Auctions: Everything You Need to Know

Fewer people carry cash in our increasingly digital world, preferring instead the convenience of a debit card, but the cash-only restriction for storage unit auctions is part of what makes Storage Wars so entertaining to watch. Bidders join the auction with a set amount of cash and are unable to withdraw additional funds from an ATM, create checks, or pay for units using credit cards. This means that bidders have two main goals: first, to get each unit they desire for the least amount of money possible, so they can save money for future units; and second, to get as many units as possible for the least amount of money possible. Second, raise the prices of units they don’t want to create less competition for the ones they desire.

The unknown is another important aspect of Storage Wars’ drama. Bidders have only five minutes to inspect each unit without going inside or touching anything, therefore the worth of each unit is mostly based on guesswork. Because various bidders have varied interests, areas of competence, and levels of risk tolerance, their preferred units vary. In order to drain their budgets and secure their own choices, bidders strive to drive up the price of their competitors’ picks. Storage Wars is very competitive — and a lot of fun to watch — due to the unpredictable nature of storage unit bidding and the auctions’ cash-only restrictions.

Many people have questioned the show’s validity due to the high stakes and large number of valuable items found in the auctioned units. Because the program is a television production, a certain amount of staging is required for logistical reasons.