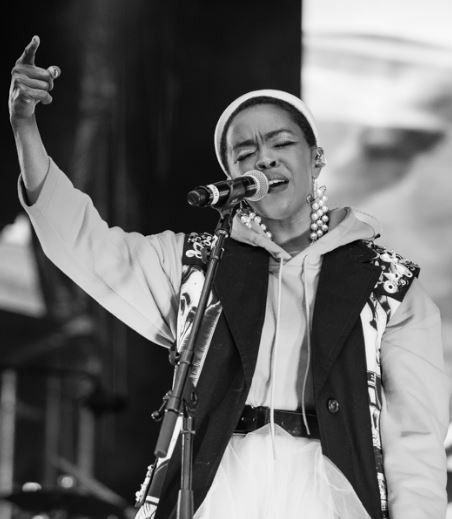 Lauryn Hill is a mother, singer, and producer. Since childhood, she has done much, and her beautiful silky voice has enchanted audiences. Hill, a brilliant and influential rapper, is the only musician in hip-hop history. Hill was named one of VH1’s “Greatest Women in Music” in 2012, influencing a wide range of artists. Lauryn Noelle Hill rose to stardom with the Fugees before releasing “The Miseducation of Lauryn Hill,” which won five Grammys. Many critics consider it a classic. As a rapper, singer, songwriter, and actress, Hill helped and inspired female musicians and hip-hop culture. Lauryn Hill popularized lyrical hip-hop.

Who is Lauryn Hill?

Lauryn Noelle Hill was born in South Orange, New Jersey, on May 26, 1975, to English teacher Valerie Hill and computer consultant Mal Hill. Hill was raised in a musical household and encouraged by her parents to pursue music. Her parents played piano and sang. She attended Columbia High School in Maple Wood, New Jersey, where she did cheerleading, violin, dancing, and gospel chorus. Apart from that, she took acting classes in Manhattan as a child. Hill began singing in school and at Harlem’s Apollo Theater at age 13. They formed a hip hop, soul, and R&B trio with Prakazrel “Pras” Michel and Wyclef Jean. Performing as Tranzlator Crew, Hill started the Fugees. She learned to rap during this time. Hill landed a recurring role on ‘As the World Turns’ in high school. Soon after, she was cast in Sister Act II: Back in the Habit. Hill studied for a year at Columbia before choosing acting over Hollywood. The Fugees debuted in 1994 with Blunted on Reality. Three years later, the band released The Score (1996). The Fugees won two Grammys for best rap album and best R&B duo or group for the 17 million-selling album. After 1996’s The Score, the Fugees reunited for live appearances but haven’t released another album.

The Road to Going Solo: The Miseducation of Lauryn Hill 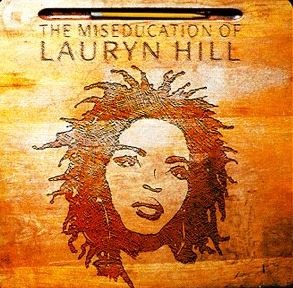 In 1997, Hill departed from “The Fugees” to pursue solo projects. She appeared in ‘Have Plenty’ and ‘Restaurant.’ Her 1998 solo album, ‘The Miseducation of Lauryn Hill,’ established her as a renowned artist. With over 19 million albums sold worldwide, the album has earned the singer-songwriter 5 Grammys, 3 American Music Awards, a Billboard Award, a Soul Train Award, and an MTV Music Award. It incorporated soul, hip hop, and reggae with a melodic lightness. The Miseducation of Lauryn Hill was renowned for its very personal lyrics that addressed concerns of self-identity, family, and community in a unique way. According to Entertainment Weekly, Hill’s album is full of “great intensity, bravery, and feeling.” The “neo-soul” style of Lauryn Hill blended hip-hop and mainstream music.

As she continued to rise through stardom, she sold ‘Social Drugs’ as a pay-per-view and autographed posters on her website. She appeared at Chappelle’s Block Party with The Fugees. Longstanding feuds between Hill and Jean resurfaced during ‘The Fugees’ 2005 European tour, causing the band to permanently break up. Hill released ‘Ms. Hill’ in 2007, which includes songs from ‘Miseducation of Lauryn Hill’ and a plethora of compilations. She sang ‘Lose Myself’ for the film Surf’s Up. In 2010 Hill was seen at the Raggamuffin Music Festival and Harmony Festival in Santa Rosa, California. Her online hit ‘Repercussions’ peaked at 83rd on the Billboard that year. In 2012, Hill performed a new song called ‘Fearless Vampire Killer’ at Washington’s Warner Theater. On her “Black Rage” tour with Nas. Neurotic Society (Compulsory Mix) was Hill’s first single in 2013. Hill will release her first solo album in 15 years due to Sony Music. The Miseducation of Lauryn Hill recognized a Diamond in 2021, making Hill the first female hip hop artist to do so. Her record was one of the first in the genre to achieve widespread success, making her a Neo-Soul pioneer.

Lost in the Crossroads of Success – The Controversy

The sweet songs of triumph have a terrible edge. New Ark, who worked on much of the album, Miseducation of Lauryn Hill, sued Hill in 1998 for not properly crediting them. The issue was resolved out of court. Hill went through a challenging phase, retreated into mysticism and bible study, and avoided the spotlight because she felt uncomfortable with the fame. “I don’t believe I ever coped with popularity,” she told Essence. “For a period, I had to step away totally.” Hill returned in 2002 with MTV Unplugged No. 2.0, a recording of her two-hour acoustic performance on the series. Most critics were unimpressed with Hill’s new style because there was no rapping and her character, which some regarded as self-indulgent and bearing the world’s weight on her shoulders. The Village Voice called it “perhaps not the worst album ever released by a prominent artist… but in the making.” This vocalist is noted for her troubled relationship with Wyclef Jean, which has led to the Fugees’ disbandment. Before The Score was completed, Jean, who was married, and Hill fell in love, endangering their relationship and the group’s health. When The Fugees began touring with The Score, the plot intensified. Lauryn became pregnant while traveling with Bob Marley’s son Rohan Marley. Hill allegedly tricked Wyclef Jean into thinking it was his child, only to realize it was Marley’s. “I couldn’t forgive it,” Jean says.

In her single “To Zion,” she sings of finding out she was pregnant, touching her tummy, and feeling overwhelmed by the responsibility. “‘Look at your career,’ they said. “‘Lauryn, love, use your mind,’ but I chose my heart,” she says in the song. She also thanks God for “choosing [her] to come through unto life to be a glorious mirror of His kindness.” Aside from her personal dilemmas, Hill, 37, made headlines in May 2013 when she was penalized to serve three months in prison for failure to pay federal taxes on roughly $1.8 million in profits. In 2012, the hip hop performer pled guilty to tax evasion. “I needed to be able to earn so I could pay my taxes without risking my children’s health and wellbeing,” Hill stated after her sentence. Many fans were denied refunds after she stopped a concert short (and ultimately canceled her return tour) in 2009 due to unexplained health concerns. After her release in 2013, she continued to draw huge audiences despite being unpredictable.

Lauryn Hill has greatly influenced many artists, including Nicki Minaj, who has mentioned Hill’s influence on her multiple times. The impact of Marley and motherhood turned Hill into an inspiration not only to musicians but also to women. The Miseducation of Lauryn Hill is a unique album that captures the most vivid moments of her life. In 2015, it was added to the National Recording Registry. From passionate singing to slick rapping, the album’s performances are impossible not to feel her lively spirit. It was created to inspire women, especially black women, to stand up for what is right and be proud of their spirit and love.