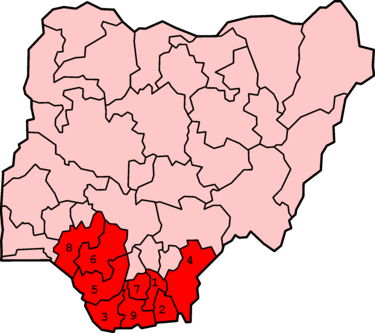 The Izon people, also known as the Ijaw people, are a Nigerian ethnic group who live primarily in the Niger Delta, with large populations in Bayelsa, Delta, and Rivers. They can also be found in other Nigerian states such as Ondo and Akwa Ibom, as well as long-term migrants in Edo. As migrant fishermen, they can be found in camps as far west as Sierra Leone and as far east as Gabon. The Ijaws have a population of just over 6 million people, accounting for 1.8 percent of Nigeria’s population. They have long lived in areas close to many sea trade routes, and trade links with other areas date back to the 15th century.

1. The Language and Culture of Ijaw People

Ijaw is best known for its extensive cloth manufacturing and alteration. Throughout society, clothing is used to denote social status. The exotic clothing of Ijaw is well-known. Both men and women wear beautifully designed wrappers with accessories such as coral beads, beaded caps, hats, and walking sticks.

The Ijaws, like many ethnic groups in Nigeria, have a variety of regional foods that are not widely available in Nigeria. Many of these dishes include seafood such as clams, oysters, and periwinkles, as well as yams and plantains. Fish pepper soup, unripe plantain porridge, opopo onunu (ripe plantain often pounded with yam and eaten with pepper soup), and native soup are examples of these dishes (made with lots of fish and kinds of seafood).

Fishing is the main source of income for the Ijaw people, who also farm paddy rice, plantains, yams, cocoyams, bananas, and other vegetables, as well as tropical fruits like guava, mangoes, and pineapples. Smoke-dried fish, timber, palm oil, and palm kernels are processed for export.

They follow a number of customs that help to preserve their culture. Traditional religious practices pay homage to ancestors and revolve around “Water spirits” in the Niger river.

In contrast, Kalabari is the second most important Ijaw linguistic group. Kalabari is referred to as Eastern Ijaw, despite the fact that the term is incorrect.

Kalabari is the name of one of the Ijaw clans in Rivers State who live on the eastern side of the Niger Delta (Abonnema, Buguma, Bakana, Degema, etc.).

Other “Eastern” Ijaw clans include the Okrika, Ibani, and Nkoroo. In Nigeria’s Rivers State, they live next door to the Kalabari people.

2. The Speakers of Ijaw Language

The Ijaw languages are primarily spoken in Nigeria’s Niger Delta region, specifically in the states of Bayelsa, Delta, and Rivers. The Arogbo-Ijaw can be found in the riverine areas of Ondo State, Nigeria, outside of the Niger Delta region. Many are found as migrant fishermen along the Western African coastline, in camps as far west as Sierra Leone and as far east as Gabon. The Ijaw ethnic group is made up of 50 loosely affiliated tribes with a population of about 15 million people. They have long lived near many sea trade routes and have been well-connected to other areas through trade since the 15th century. The Ijaw speak nine Niger-Congo languages that are all related to each other and belong to the Ijoid branch of the Niger-Congo tree. Eastern Ijo and Western Ijo are the two main divisions among Ijaw languages, with Izon being the most important of the latter, spoken by about four million people.

3. The Lifestyle of Ijaw People

Fishing supports the Ijaw people, who also farm paddy rice, plantains, cassava, yams, cocoyams, bananas, and other vegetables, as well as tropical fruits like guava, mangoes, and pineapples, and trade. For export, smoked fish, timber, palm oil, and palm kernels are processed. While some clans had powerful kings and stratified societies, others are thought to have existed without centralized confederacies until the British arrived. If you are into music, you can read about Odunlade Adekola. He is a Nigerian star, vocalist, and filmmaker. Individual communities in the western Niger Delta, however, had chiefs and village governments due to the influence of the neighboring Kingdom of Benin.

4. The Marriage Tradition of Ijaw People

Marriage or engagement is a sacred act to Ijaw People. However, there is no rejected public marriage proposal that went viral when it comes to Ijaw. Unlike most tribes, the Ijaws have two types of marriage. The first is a small-dowry marriage, in which the groom is traditionally required to make a monetary payment to the wife’s family. Because the children trace their line of inheritance through their mother to her family in this type of marriage, the children will have more options when they grow up. They have the option of living with either their father’s or mother’s family.

The second type of marriage, in contrast to the first, is a large-dowry marriage. The children here are from the father’s family.

Marriages are completed by the payment of a bridal dowry, which increases in size if the bride is from another village to make up for that village’s loss of her children.

5. The Belief of Ijaw People

The present-day Ijaw appears to have shifted from traditional worship to Christianity with the arrival of Western civilization. Some of them, however, continue to believe in their traditional religious practices. The veneration of ancestors is central to the Ijaws’ traditional religion. Water spirits, or Owuamapu, are essential in the Ijaw pantheon. Furthermore, the Ijaw practice Igbadai, a form of divination in which recently deceased people are questioned about their deaths. In addition, they also believe that water spirits have personal strengths and weaknesses, just like humans, and that humans spend their formative years among the water spirits. For many years, the Ijaws have held multi-day ceremonies to honor the spirits. The festival’s role of masquerades is also a highlight. Men dressed in elaborate outfits and wearing carved masks dance to the beat of drums, displaying the water spirits’ influence through the quality and intensity of their dancing. Particularly spectacular masqueraders are thought to be in possession of the spirits for whom they are performing.