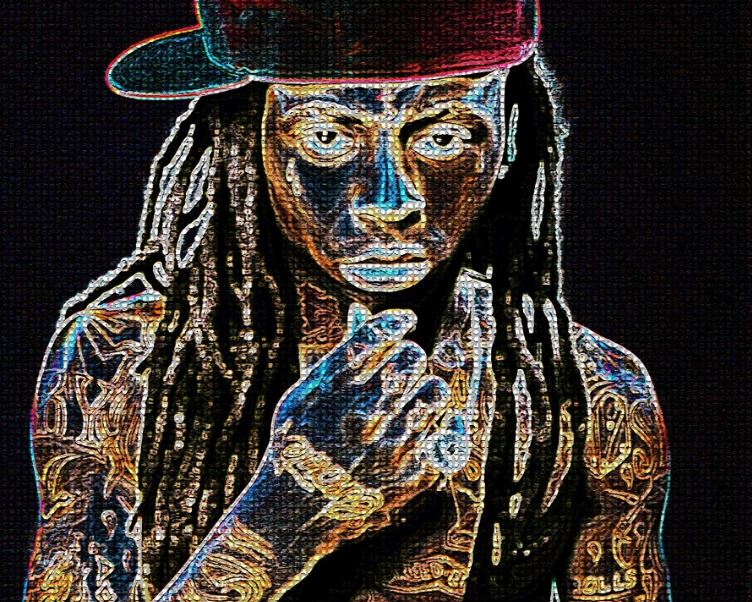 As one of the most famous rappers, Lil Wayne, also known as Lil Weezy, is one of the most sought-after artists. Hip-hop’s generation has a lot to thank him for his style and sound. Wayne popularized the mixtape before becoming one of the most prominent characters in the music business. When it comes to mental health, he’s been quite open and has worked towards helping many people with mental health issues. According to many, Wayne is one of the greatest hip-hop artists of all time. He has won a Grammy Award for his song “A Milli” and worked with Robin Thicke, Nicki Minaj, etc. However, his career has not always been a smooth one. When it comes to music, the artist has a history of controversy. Critics have taken issue with him for pushing hazardous habits and misrepresenting communities. Here is Lil Wayne’s behind the scene story.

Lil Wayne was born Dwayne Michael Carter Junior on September 27, 1982, in New Orleans, Louisiana, to parents Dwayne Michael Turner and Jacinda Carter. The Native American of black heritage with an Afro-American background was only two years old when his parents divorced. After the divorce, Dwayne (Wayne’s father) abandoned his family, leaving his mother to raise Wayne on her own. As a result, Wayne harbors intense hatred against his father and, in protest, omits the ‘D’ from his name, “Dwayne.” In the 2009interview, he revealed to Katie Couric that he “removed the letter ‘D'” on his birth name because it was the same as his father’s name. “I don’t want to be Dwayne because he’s not in my life, and he’s never been in my life,” he continued. “I’d prefer to be Wayne,” he says. His stepfather, Reginald McDonald, also known as Rabbit, is the only person he considers a father. Before Rabbit’s assassination, Wayne had a strong relationship with Rabbit. To honor Rabbit’s memory, Wayne has a tattoo on his right forearm that says, “In Memory of Rabbit, it’s up to me.”

He spent most of his childhood in Hollygrove, one of New Orleans’ poorest neighborhoods, where he lived his whole childhood and adolescence life, without the loving company of siblings or a father. Despite this, Wayne had a happy upbringing and early interest in the arts, such as songwriting and acting. 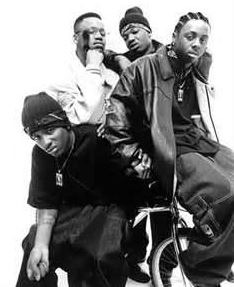 Dwayne was a bright young man who attended Lafayette Elementary School in New Orleans’ gifted program. He attended ‘Eleanor McMain Secondary School’ for a few years and then ‘Marion Abramson Senior High School’ but dropped out at 14 years old to focus on his musical endeavors. When he first started secondary school, he was a drama club member. Rap was, nevertheless, his first love as a child. He started doing rap songs at the tender age of eight and met Bryan Williams, popularly known as Birdman and Baby, an American rapper, record producer, and co-founder of Cash Money Records, in 1991. Birdman was very much impressed by the talent of eight-year-old Wayne, who recorded freestyle raps on Birdman’s answering machines.  He later became Wayne’s mentor and absorbed him into ‘Cash Money Records. The two became very attached, Birdman began to refer to Wayne as his son, and the two developed a father-son attachment. He joined the American teen hip-hop duo ‘The B.G.’z,’ and with another rapper Lil’ Doogie, together they released the group’s debut album ‘True Story’ on Cash Money Records on July 29, 1995.

It was also his first collaborative album. In 2005, he decided to continue his education and attend the University of Houston. However, later that year, he dropped out and transferred to the University of Phoenix, where he got his psychology degree by taking online classes. 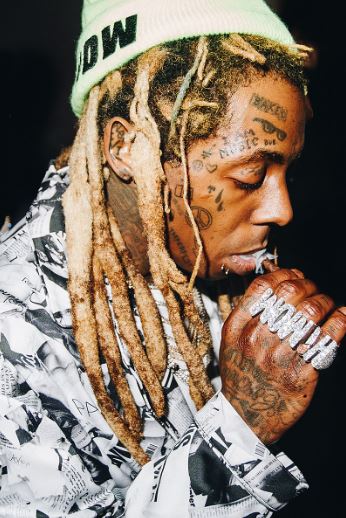 Wayne’s rap career officially began in 1996, at the age of 14, when he joined the American hip-hop group “Hot Boys,” which was composed of young performers signed to Cash Money Records, Wayne being the youngest member. The band released its first album, “Get It How U Live!” in 1997. And a major-label debut, “Guerrilla Warfare!” two years later (1999), which topped musical charts and was recognized as a potential artist to watch in the music industry.

At the age of 17, Lil Wayne released his debut solo album, ‘Tha Block Is Hot,’ on Cash Money Records in November 1999, and it went double platinum, earning the young artist several awards. This debut paved the way for a successful career, which included singles such as “Get off the Corner,” “Go, DJ,” and “Fireman.” While rap is Lil Wayne’s main style, he has released several mixtapes, most notably Dedication and Drama, that have established him as a freestyle rapper. Despite attaining RIAA gold certification, his two subsequent albums, “Lights Out” (2000) and “500 Degreez” (2002), did not equal the success of “Tha Block Is Hot.” 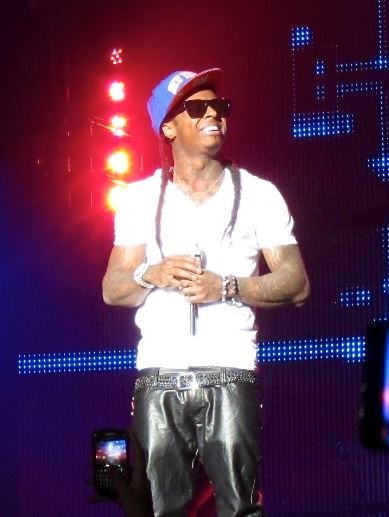 “Tha Carter,” his fourth album, debuted at No. 5 on the Billboard 200 and sold 116,000 copies in its first week. He was later on named president of Cash Money Records in 2005. He launched ‘Young Money Entertainment,’ a Cash Money Records offshoot, in the same year. However, he announced his resignation from both labels’ managerial roles in late 2007.

ThaCarter II, his fifth studio album, was released by Cash Money Records and Universal Distribution on December 6, 2005. In 2009, he received the prestigious “Grammy Award” for “Best Rap Album.” On June 10, 2008, this master virtuoso released “Tha Carter III,” widely considered his most stunning and popular album. Among Wayne’s other essential albums include ‘Rebirth’ (2010), ‘Tha Carter IV’ (2011), and ‘Free Weezy Album’ (2015). He has worked with other musicians and appeared on countless tracks by different vocalists.

Lil Wayne had also experienced nursing a broken heart and failed relationships like other musicians. Wayne began dating during his high school days and has had so many love relationships that he was associated with 22 women. However, only a handful made significant contributions to his relationship narrative by having children. Antonia “Toya” Wright, Wayne’s childhood sweetheart, turned wife, is among them. Wayne married Antonia on February 14, 2004, and divorced in 2006. At 16, he had a daughter, Reginae Carter, born November 29, 1998. Following that, Wayne hooked up with OAP and producer Sarah Vivan, who gave birth to his first son, Dwayne Michael Carter III (born October 22, 2008).

Wayne also dated actress Lauren Nicole London, with whom he had his second son Cameron Lenox Carter (born September 9, 2009), and singer Nivea B. Hamilton, with whom he had another son, Neal. He was also romantically involved with Trina, a rapper, and Christina Milian, a singer. He was also involved with Italian model Dhea Sodano for a long period. He is currently 39 years old and has a relationship with plus-sized model Denise Bidot. They started dating openly during the pandemic.

Wayne has had his fair share of legal problems and scandals. Lil Wayne got involved in the event that almost cost him his life at a young age. He accidentally shot his chest with his stepfather’s gun and was on life support for two weeks. He has conflicted with the authorities due to his penchant for consuming marijuana. He is rumored to be high during several interviews due to his strong smoking and drinking habits. In 2006, he got arrested in Georgia for drug possession, and in January 2008, he was arrested again in Arizona on drug-related offenses. He was sentenced and was convicted to one year in jail for unlawful firearm possession and marijuana on March 8, 2008. He spent eight months at ‘Rikers Island Jail’ before being released on November 4, 2010. On October 11, 2016, he published his book ‘Gone Til’ November,’ where he discussed his time on Riker’s Island.

Lil Wayne, considered the wealthiest rapper, is estimated to have more than $150 million by 2022. His wealth acquired from his musical ventures and an assessment of his spending habits reveals that he leads an extravagant life. His possession of several homes, including a $14 million Miami estate, indicates his wealthy lifestyle.

The opulent estate on the Atlantic coast of south-eastern Florida features multiple gorgeous rooms, a glass elevator, a massive swimming pool, and enough seashore area for a small yacht. When it comes to his cars, Lil Wayne has one of the most costly automobile collections globally. His extraordinary automobiles were created by companies such as Bugatti and Rolls Royce, among others. The rapper with too many tattoos paid $150,000 to have diamond grilled teeth permanently inserted. His wealth is attributed to his successful musical venture. Wayne also has a clothing brand called “Turk Fit” and a Beats headphones line.

Finally, Lil Wayne is undoubtedly one of the most successful hip-hop musicians of his generation. He is a dedicated musician who frequently releases songs, albums, and mixtapes. There is no excellent hip-hop music concert that closes without playing at least three Lil Wayne tracks. Lil Wayne has catapulted fledgling hip hop artists like Players Circle into the international spotlight after featuring as a guest performer in their songs. Lil Wayne has changed hip hop music, particularly the crunk genre, and his name is mentioned in the same language as Tupac Shakur’s and Dr. Dre’s. No other contemporary musician has more Facebook fans than Lil Wayne. Despite his turbulent existence outside of music, President Obama has mentioned Lil Wayne in various circumstances. During his campaign, Obama encouraged students to pursue their aspirations via education, claiming that some of them may be the next Lil Wayne.