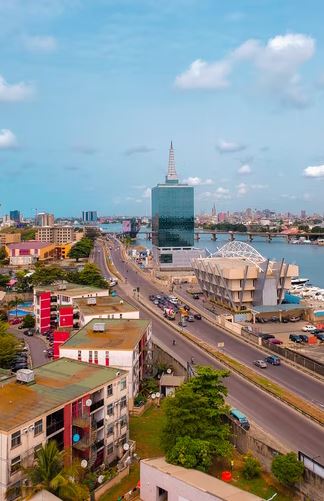 The Government of Nigeria

Nigeria is a country in West Africa. Nnamdi Azikiwe, a former governor-general, became the country’s first president when the Federal Republic of Nigeria was established in October 1963. A coup d’état in Nigeria in 1966 established military rule, igniting the Nigerian Civil War, which lasted from 1967 to 1970. The Nigerian Second Republic was founded in 1979, with a new constitution and a presidential system modeled after that of the United States. In 1993, a new constitution was passed, constructing the Third Nigerian Republic, but the military coup seized power until 1999, when a new constitution was passed, which is still in effect today.

Nigerian democracy was restored after the adoption of the constitution in 1999. Topics covered include state policy’s fundamental objectives and directive principles, citizenship, basic rights, the legislature of Nigeria, the government structure, the federal capital territory of Abuja, and as well as the overall supplementary provisions.

The president, who is both the head of state and the chief executive, is directly elected to a four-year term and nominates the vice president and cabinet members under the 1999 constitution. The House of Representatives and the Senate make up the bicameral National Assembly established by the constitution. The House of Representatives elects ten members for four-year terms from each state; the Senate elects three members from each state and one from the Federal Capital Territory for four-year terms.

Nigeria is split into thirty-six states and the Federal Capital Territory, which includes the country’s capital, Abuja; the constitution also allows for the creation of additional states as needed. The country was divided into three regions at the time of independence: Northern, Eastern, and Western. In 1963, the Western region was divided into the Mid-West region. In 1967, then-military leader Col. Yakubu Gowon divided the regions into 12 states: six in the north, three in the east, and three in the west. In 1976, Gen. Murtala Mohammed established seven new states. General Ibrahim Babangida created a total of 30 states, including two in 1987 and nine in 1991. Gen. Sani Abacha added six more states in 1996.

The Nigerian legal and judicial system is divided into three sections: customary law, Nigerian statute law, which is based on English law, and Shariah, which is based on Islamic law. Traditional rulers usually preside over customary laws, which are administered by native, or customary, courts, which hear cases involving family issues such as divorce. The judges in Kadis apply Shariah, which is based on the Maliki Islamic code. Several states have implemented Shariah law since 1999. Although the states claim that the law only affects Muslims, the minority non-Muslim population claims that the law also affects them. For example, Christian women are required to ride on female-only buses, as well as some states have outlawed female participation in sports.

Moreover, most of the British colonial legislation is included in Nigerian statute law, though most of it has been revised. State legislatures can pass laws on topics that aren’t covered by the Exclusive Legislative List, which includes topics like defense, foreign policy, and mining, all of which fall under the federal government’s purview. When federal law conflicts with state law, federal law takes precedence. English law is used in the magistrates’ and all higher courts in addition to Nigerian statutes. Each state has its own High Court, which is led by a chief judge. The Supreme Court, which is chaired by Nigeria’s Chief Justice, is the highest in the country.

The Political Process of Nigeria

The constitution guarantees the right to vote to all citizens who are at least 18 years old. When Nigeria gained independence in 1960, the Action Group and the Northern People’s Congress were the two major political parties in the country. Nevertheless, their regional rather than national focus—the Action Group represented the west, the Northern People’s Congress represented the north, and the National Council for Nigeria and the Cameroons represented the east—ultimately contributed to the outbreak of civil war in the mid-1960s and the subsequent military rule for more than 20 years. Political parties were allowed for a brief period in 1993 and then again beginning in 1998, but only those with national rather than regional representation were allowed, such as the newly formed People’s Democratic Party, the Alliance for Democracy, and the All Nigeria People’s Party. Many other parties have emerged since then, including the All Progressives Congress, the All Progressives Grand Alliance, and the Labor Party, to name a few.

In addition, women have held positions in government since the colonial era, particularly in the south. Their political power stems from pre-colonial traditions among specific ethnic groups, such as the Igbo, which gave women the authority to correct excessive male behavior, also known as sitting on a man. When they thought colonial officials were going to levy taxes on women, Igbo women rioted in 1929, demonstrating their strength. Yoruba market women wielded significant economic power, controlling markets in Lagos and Ibadan, among other Yoruba cities. Some ethnic groups, such as the Edo who made up the kingdom of Benin, gave women significant political power; the mother of the king, the Oba, played a key role in the precolonial state. Women like Funmilayo Ransome-Kuti, mother of musician Fela Kuti, and human-rights activist and physician Beko were active in the colonial struggle, and several women have held government ministerial positions. Although Nigerian women wield political power and influence, particularly at the familial and local levels, this has not always been reflected at the federal level: women made up about 5% of the House of Representatives and the Senate in the early twenty-first century.