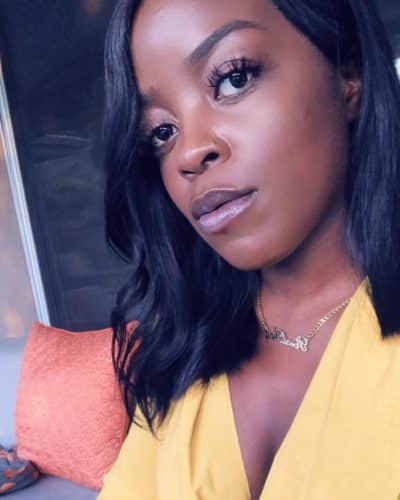 Stefflon Don’s best friend, Empress, who has been in Nigeria for quite some time with her, has taken to social media in airing her opinion about Yoruba men.

While we may not know the reason or circumstance that provoked Empress to make that claim, the Stefflon Don’s BFF shared her thoughts regarding Yoruba men in an Instastory post.

“Yoruba men are TRASH! I said what I said.”

So, from her comment, it’s obvious that Empress is not exactly a big fan of Yoruba males.

However, it is important to note that although there incidents of atrocities committed by some Yoruba men to some women, not all Yoruba men are like that. There are still good Yoruba men out there.

But Empress does not seem to bother to see the good side of any Yoruba guy since her stay in Nigeria.

Only recently, several Nigerian news and entertainment websites have reported that Stefflon Don posted a video of herself and her current squeeze, Burna Boy, sharing a smooch to mark their one year anniversary of being in a relationship.

Empress made that infamous remark only minutes after posting a video of her bestie Stefflon Don and her boyfriend Burna Boy sharing this sweet and romantic moment.