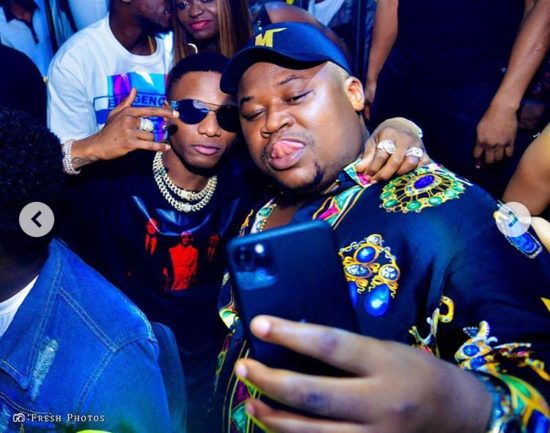 Popular Nigerian singer-songwrtier Wizkid was among the long list of the famous personalities who attended the opening of Cubana in Ikeja GRA, on Thursday night (November 21).

The Ikeja Cubana is probably Nigeria’s or even Africa’s biggest nightclub to date, in terms of size.

A little info about Wizkid

Wizkid, born Ayodeji Ibrahim Balogun, has been making music since he was 11 years old. In 2009 he gained some fame for his song “Holla at Your Boy,” the lead single of his first studio album Superstar, in 2011. The album also produced two other singles “Tease Me/Bad Guys” and “Don’t Dull.” The album was released under the record label Empire Mates Entertainment (E.M.E.) founded by Banky W.

After Wizkid’s contract with E.M.E. expired, he left the label. But he was soon to enjoy international recognition and that came through his collaboration with Canadian rapper Drake on the high single “One Dance” in 2016. The single topped the Billboard Hot 100 as well as several charts of other countries.

“One Dance” broke multiple records, making Wizkid the first Afrobeats musician to make an appearance on the Guinness Book of World Records.

In March 2017, Wizkid inked a deal with RCA Records, under which he released his third studio album Sounds from the Other Side that same year.

In 2018, Wizkid was featured on the single “Checklist” by Normani and Calvin Harris. It topped the Billboard World Digital Song Sales chart.

During the Covid-19 pandemic in 2020, Wizkid released his fourth album Made in Lagos, featuring the single “Essence (ft. Tems)”. It received critical acclaim and commercial success, peaking at number one on the Billboard World Album Chart. “Essence” became the first Nigerian song to chart on the Billboard Hot 100 following a remix by Justin Bieber.

To date, Wizkid is the most-streamed Nigerian artist of all time on Spotify with 3.4 billion streams.