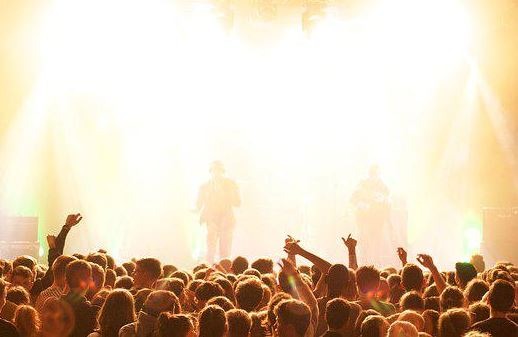 Run-DMC (sometimes called Run-D.M.C.) was an American hip hop trio created in 1983 by Run (Joseph Simmons) born November 14, 1964, Hollis, Queens; DMC (Darryl McDaniels) born May 31, 1964, Harlem, New York, and Jam Master Jay (Jason Mizell) born January 21, 1965, Hollis, Queens. Run-DMC is widely regarded as one of the most influential hip hop acts of all time and one of the most well-known hip hop performers of the 1980s.In 2009, they were inducted into the Rock & Roll Hall of Fame, and in 2016, they were honored with a Grammy for Lifetime Achievement. (They were the first rappers to receive both awards.)

Joseph Simmons (Run), Darryl McDaniels (DMC), and Jason Mizell (Jam Master Jay) all grew up in Hollis, Queens, a reasonably stable African-American neighborhood in the city. DMC was adopted three months after being born to a teenage mother. (In 2006, VH1 aired a documentary about his adoption.)

At school, the three became buddies. They shared social activities and, as they grew older, they became more aware of Queens’ dangerous but thrilling surroundings.

Run D.M.C.’s career began in 1983 with the single “It’s Like That,” which was somewhat successful and paved the way for subsequent singles and the self-titled debut album in 1984, thanks to his brother, Russell Simmons, founder of Def Jam Records.

Bringing Hip – hop to the Mainstream

Their hip-hop style was abrasive, hard-hitting, and deafening. Run and DMC have established themselves as a screaming force in the music industry. DMC’s debut album was a smash hit with hip-hop enthusiasts all over the world. Their celebrity grew to new heights. Their distinctive blend of strong and intense raps exchanged (and often yelled) between Run and D.M.C., backed by Jam Master Jay’s signature raw beats, made them a force to be reckoned with.

Many consider them to be the Kings of Hip-Hop, with 230 million records sold worldwide and six albums to their credit (their debut was the self-titled Run-D.M.C.). The group, which was inducted into the Rock and Roll Hall of Fame in 2009, shattered rap’s barriers and established it as a genuine part of mainstream culture.

Run-D.M.C. was the first hip hop group to find mainstream success outside of rap communities In 1986 they became the first rap group to be nominated for a Grammy Award for “Raising Hell.”  With joyful gems like “Hard Times/Jam Master Jay” and “Rock Box,” they kept the trend rolling. Run-DMC aided hip-hop’s transition from the ghetto to the suburbs and beyond.

They paved the way for all of today’s most popular rappers. “They were the first movie stars of rap… They are the Beatles,” Eminem remarked in his address when they were inducted into the Hall of Fame in 2009. They made history by being the first in their genre to achieve many of music’s most significant milestones. Their achievements are utterly ludicrous in the best conceivable sense.

Jam Master Jay was assassinated in his recording studio in Jamaica, Queens, in 2002. According to Rolling Stone, Run announced the group’s “formal retirement,” adding, “We can’t perform anymore.” I’m not sure how I’m going to do it without three people.”

In the years thereafter, he and D.M.C. have dealt with their own issues, with the latter battling addiction, entering rehab, and achieving sobriety, while Run had a “religious epiphany,” converted to Pentecostalism, and changed his stage name to Reverend “Rev” Run. Let’s not forget about his favorite MTV reality show, Run’s House, from the mid-2000s.

At the Made in America event in 2012, they gave their first gig in a decade. Onstage, two of Jam Master Jay’s kids took his place at the turntables. They were also the first rappers to win a Grammy for Lifetime Achievement in 2016, and they have performed with Aerosmith at the 2020 Grammys.

Run – DMC’s legacy was unaffected by their artistic disputes. They’d blazed a trail and slammed the door in the faces of the next generation of MCs. They went on tour as hip- hop’s answer to the Beatles. However, Jam Master Jay was shot and died on October 30, 2002, after Run-DMC had completed their opening act on a stadium tour with Aerosmith and Kid Rock.

Their unique style was an undeniable component of their commercial appeal. In contrast to the hip-hop artists that appeared in the 1970s dressed in “vestiges of glam rock and camp African King costume,” according to Business of Fashion, Run-D.M.C. kept it genuine in easy-to-wear streetwear that has since been the cornerstone for all hip-hop fashion.

It was all about being relaxed and cool for them. They donned black fedoras, thick and braided gold chains, denim, and Adidas gear, including tracksuits and unlaced, shell toed “Superstars” sneakers (hence their classic song “My Adidas”). They made such an impression on the company that Adidas granted them its first million-dollar endorsement deal to a non-athlete. (No, it wasn’t Beyoncé and Kanye who did it first.) Not to mention D.M.C.’s famous black frames. He owns 200 pairs, according to the group’s website.

Their unique style was an undeniable component of their commercial appeal. In contrast to the hip-hop artists that appeared in the 1970s dressed in “vestiges of glam rock and camp African King costume,” according to Business of Fashion, Run-D.M.C. kept it genuine in easy-to-wear streetwear that has since been the cornerstone for all hip-hop fashion.

Undeniably, you can’t have a conversation about hip-hop’s impact on American culture without honoring the groundbreaking 1980s rap group Run-D.M.C.