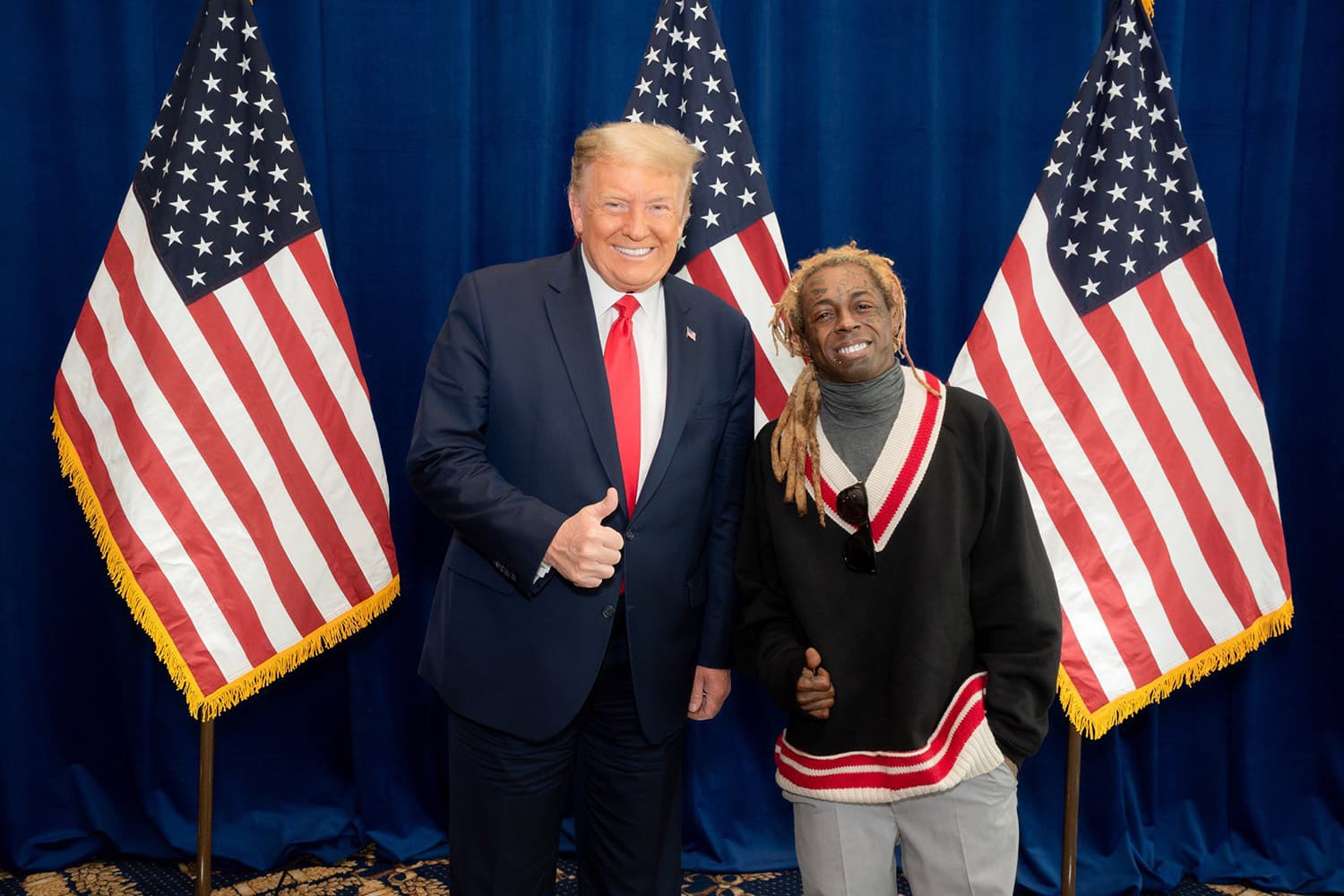 The outgoing President has issued a raft of pardons

Rappers Lil Wayne and Kodak Black were among the persons receiving US President Donald Trump’s wave of pardons in his last day of office on Wednesday.

Lil Wayne pleaded guilty last December 2020 to illegally possessing a gold-plated, loaded handgun when his chartered plane landed in Miami, Florida in December 2019. The rapper faced a sentence of up to 10 years behind bars.

Kodak Black, whose birth name is Bill Kahan Kapri, is in federal prison for creating a false statement to purchase a firearm. He released his album Bill Israel while in prison.

In August 2019, Black pleaded guilty, and three months later was sentenced to three years and 10 months in prison. He was appealing for compassionate release, which was supported by other rappers, athletes, and even religious leaders.

Usually, presidents issue pardons late in their terms. The Office of the Pardon Attorney usually processes these pardons, which are intended to address cases in which the punishment is outsized when compared to the crime.

You have to hand it to Trump he has a lot of history with generating customer success stories and gaining media attention.

Among those hoping for pardon was Joe Exotic, the star of the Netflix series Tiger King, who is serving a 22-year sentence in a murder-for-hire plot, and Trump’s attorney and former New York City mayor Rudy Giuliani. However, their names did not appear on the clemency list.