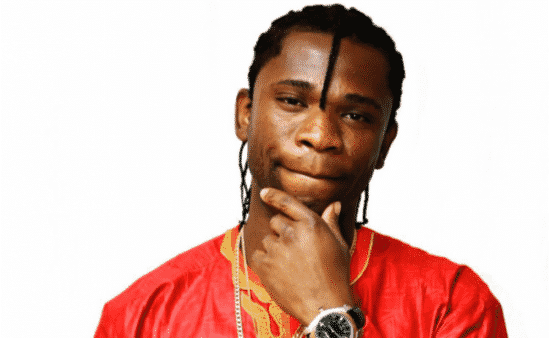 Controversial Nigerian rapper has set his sights on joining a reality TV show.

US-based Nigerian rapper Speed Darlington has made his interest of joining a reality TV show known through social media, after trying his luck in music and acting.

He has asked his fans and followers if he should be a part of the popular reality TV show Big Brother Naija.

It is little doubt that the Big Brother Najia is a show that thrives on drama and controversy. This explains that the likes of stars like Cee-C, Tacha, and Mercy are the talk of netizens in Nigeria. Other celebrities like Ebuka, Ifu Ennada, and Miracle are alumni of the said show.

Speed Darlington has recently left fans, followers, and supporters excited after he asked that question. In a video clip that he uploaded on his Instagram account, he is seen eating with a pensive look, and goes on to ask his followers if he should join the Big Brother Naija.

Several Nigerians have reacted to the video, which has now gone viral, outpouring their support for him to go for the famous reality TV show. And based on the comments and reactions from the Nigerian netizens, it looks like they’re giving Speed Darlington the green light.

Speed Darlington was born in the town of Arondizuogu in the Ideato North local government area of Imo State. He grew up with his family in Okigwe before moving the US where he also established his name in the entertainment business.

His name rose in 2016 after a couple of his music videos became a massive hit on the Internet. One of his popular hits, “Bang da dadang” came out in 2017.

Despite the criticism from others, that won’t stop Speed Darlington from his pursuit towards stardom. He constantly refers to himself as an international rapper. As a controversial figure, he is not hesitant to air his political views. In one of his rants on Instagram, he called out US Presidents Barack Obama and Donald Trump for granting African artists visas to the US to hold concerts. Naturally, he also called out corrupt Nigerian leaders. Never one to back out, he has also in constant feud with other celebrities, such as Vic O, Princess Vitarah, Don Jazzy, and Wizkid, among many others. In live performances, he would cuss at event organizers who swindle him or refuse to provide him props.

In terms of style, Speed Darlington is quite the non-comformist. He is never pressured to follow what’s trending in the world of beauty and fashion. Instead, he has actually created a unique style. The most outstanding about his looks, perhaps, is his hairstyle, which he referred to as a “transmitter and receiver of energy.”

According to himself, he is the son of the late folk singer, Chief Pericoma Mezuo Okoye, who passed away in 2017.