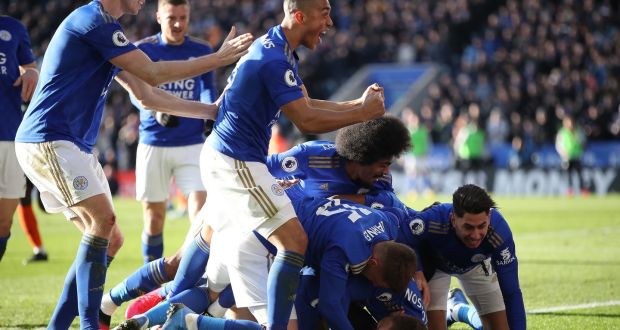 Antonio Rudiger’s double salvages a point for Chelsea at Leicester

Rudiger is the first defender to score twice for Chelsea in a Premiere League match since John Terry versus Fulham in 2013.

Leicester and Chelsea played out an engrossing Premiere League draw in a roller-coaster match at King Power Stadium.

The outcome of the game means the Foxes remain third in the table, eight points above Chelsea in fourth.

After a mostly uneventful first half, the game was brought back to life just after the break when Rudiger headed Chelsea in front of Mason Mount’s corner.

Leicester’s team manager Brandon Rodgers looked to be heading towards a first win over Chelsea at the 14th attempt when Ben Chilwell swept a Youri Telemans cross into the bottom left corner.

However, Rudiger’s second headed goal of the day — from another Mount delivery — ensure Chelsea’s manager Frank Lampard’s side got a point.

And even though Lampard has mentioned about his side being “underdogs” of late, in the race for the Champions League qualification, it is hard to see which clubs below them can bridge the gap.

The Blues’ manager will have been delighted by the way his club took charge at the start of each half and then, when they trailed to Leicester, had the determination to fight back to earn a deserving point.

The result also vindicated Lampard’s decision, in part, to drop the world’s most expensive goal keeper, Kepa Arrizabalaga, in favor of Willy Caballero.