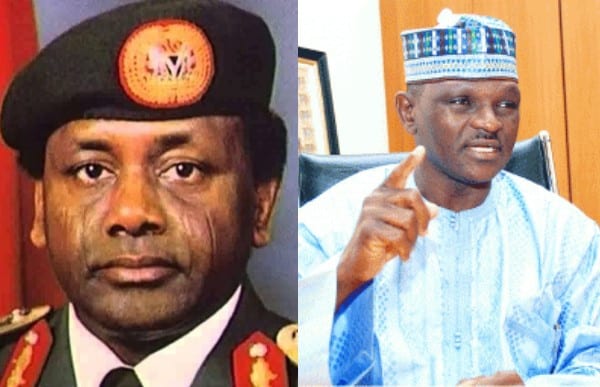 Major Hamza Al-Mustapha, former Chief Security Officer to the late Head of State, General Sani Abacha, said that the repatriated cash was not stolen by his former boss. The cash was worth US$318,460,329.

In a recent interview with the Voice of America (VOA) Hausa on Thursday (February 6), Hamza alleged that the money was stolen from the public and hidden overseas by Abacha’s successors.

Al-Mustapha made a query regarding the source of the story, which alleged that millions of dollars were stolen and laundered abroad by his late boss. He argued that when Abacha assumed the post, there weren’t more than $200 billion in Nigeria’s foreign reserve.

Al-Mustapha added that at the time of his former boss’s death, the country’s foreign reserves climbed up to $900 billion. He further alleged that Abacha stepped on many toes, which is why some people were so angry and “sponsoring such kinds of lies against him.”

According to Al-Mustapha, all the cash had been repatriated and were stolen by some leaders who served after Abacha passed away, and his late boss’s successors in the Presidential Villa were the thieves who stole the money and stashed it elsewhere.

Al-Mustapha added that he was forced to implicate the leadershipof the defunct PTF under President Buhari before, during the military period. He concluded, “If there will be a genuine fight against corruption in Nigeria, many people will be arrested.”