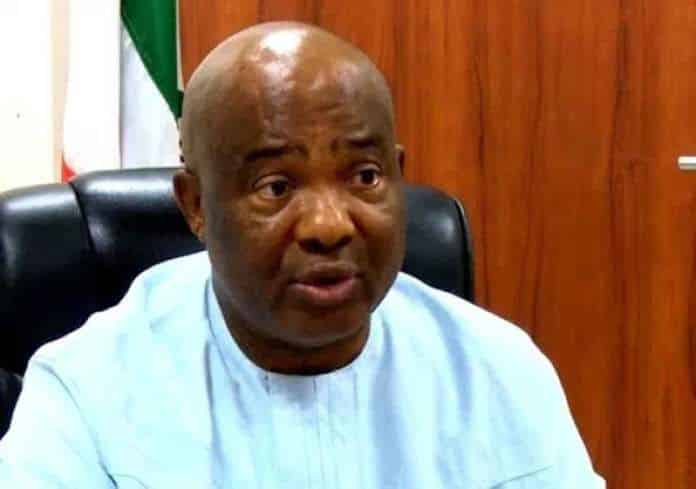 The newly installed governor of Imo State, Hope Uzodinma, has described the PDP demonstration that protested his victory as an attempt to overthrow President Buhari.

Hundreds of protestors from the People’s Democratic Party (PDP) marched the streets of Abuja. Uzodinma claimed that the brains behind the protests were plotting to take over the regime of President Muhammadu Buhari.

Uzodinma said this while speaking to some members of the All Progressives Congress, who were at the state Government House in Owerri, the state capital, on a solidarity match.

Uzodinma claimed that the PDP protesters fomented unhealthy motive by protesting a matter concerning Imo State in Abuja and other parts of the country.

“PDP wants to overthrow the government of President Muhammadu Buhari. I, therefore, use this medium to call on all the security agencies to begin an investigation into the organised synchronised national crisis, which the PDP is plotting.

“The Tribunal did not understand our petition. The Appeal Court gave us a minority judgement, but the Supreme Court, in its wisdom, understood our petition and gave judgement in our favour.

“The same God who made me governor will sustain me. Nobody becomes governor without God’s approval. Don’t be afraid. I am in charge here and we will keep supporting and praying for our president to succeed.”