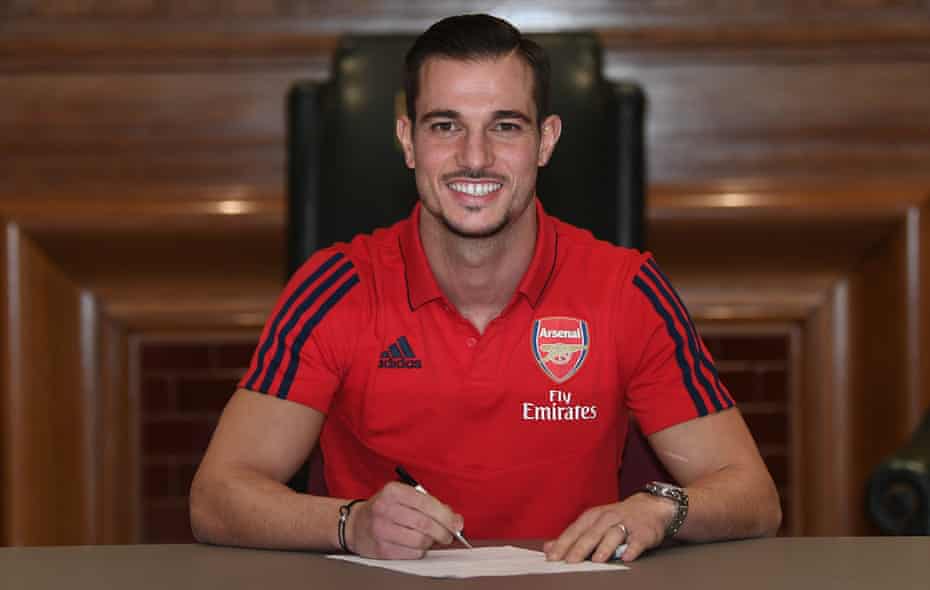 Southampton’s right-back is out of contract in the summer of 2020. Club manager Mikel Arteta said: “He’s got the desire, that commitment.”

Arsenal have completed the loan signing of Cedric Soares from Southampton on Friday.

Arsenal announced in a statement that the full-back had moved to the Emirates Stadium until the end of the 2019-2020 season.

“It has been a while, to be fair. We were close a few years ago, so it’s not the first time. It didn’t happen that time but now thank God it came true. I’m super happy.

“Obviously it was important for me in my career to come here. Southampton gave me the opportunity to play in the Premier League, but obviously it’s amazing this step, to come here and play for Arsenal. To be able to reach this point is unbelievable.”

Soares moved to the Premier League in 2016 when he joined Southampton for around £5 million (almost US$6 million).

The Portuguese star has since made a solid name for himself as a consistently solid performer, and he has played a key role for Southampton in the 2019-2020 season as the Saints (Southampton’s nickname) have bounced back from their 0-9 loss to Leicester to move into the top half of the Premier League table.

As such, Soares will have a huge role to play at Arsenal where he will provide competition and cover for Hector Bellerin.

Bellerin has spent much of the last year sidelined due to injuries. In the Spaniard’s absence, Ainsley Maitland-Niles has filled in to good effect of late. However, Maitland-Niles is more comfortable playing futher forward, and Arteta will be probably delighted by now to have proper full-back cover in the form of Soares.