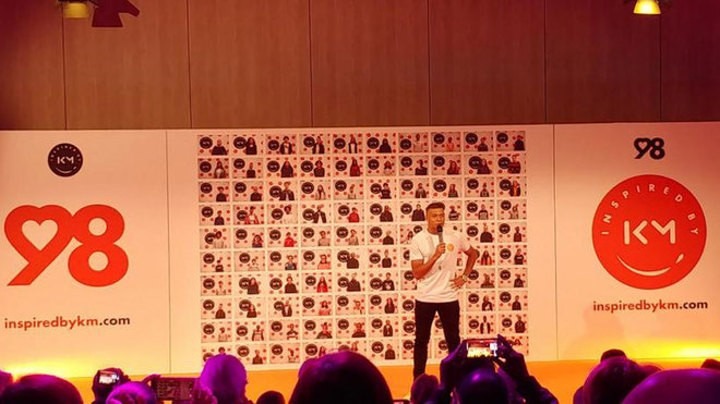 Previously, Zinedine Zidane has revealed his admiration for Kylian Mbappe and now the Paris Saint-Germain star has done similarly for the Real Madrid boss.

Speaking at the launch party for his new foundation in Paris, named “Inspired by KM,” the Paris Saint-Germain mentioned Real Madred boss Zinedine Zidane and the legendary player Cristiano Ronaldo as some of his childhood idols.

Mbappe, 21, has become one of the most recognizable figures in world football in the last recent years. He’s already a World Cup winner with France and in possession of every domestic trophy going. It proves that the Paris Saint-Germain forward’s achievements can be compared with many of the legendary French footballers and he’s just out of his teens.

“I want to leave my mark with my values, to leave a message in the history of football.”

Born on December 20, 1998 in Paris and raised in the commune of Bondi, a disadvantaged suburb northeast of Paris, Mbappe grew up at a time when Zidane was a worldwide superstar at the peak of his career.

“If you’re a kid and you’re French, your idol is Zidane.

“After, it was Cristiano, who I had the luck to go up against, and then the Brazilians for their way of playing.

“I want to leave my mark with my values, to leave a message in the history of football.”

Paris- Saint Germain are getting ready for a tussle against Borussia Dortmund n the last 16 of the Champions League in February and Mbappe is already eyeing on the trophy.

He said, “I want the treble, it wouldn’t be bad.

Winning the Champions League with PSG, my first European Cup, then the Euros and the Olympics to cap it off.”

The foundation, Inspired by KM, pledges to support 98 kids aged 9 to 16 through adult life, in reference to his birth year.