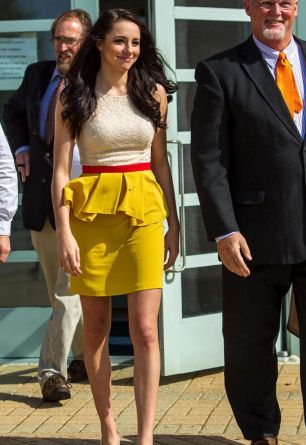 Melissa King is a California-born chef and media personality attained for her stints in the reality competition series Top Chef. Her specialization is modern California cuisine with Asian flavors.

Melissa King was born on October 11, 1983, in Whittier, California, to parents who had immigrated from Hong Kong to Los Angeles in the 1960s. She grew up with her sister in San Gabriel Valley.

Melissa attended the University of California, Santa Barbara, before transferring to the University of California in Irvine, where she received her degree of Bachelor of Arts in cognitive science. But as you know, Melissa took a different path. Her passion for cooking led her to study culinary arts at the The Culinary Institute in Hyde Park, New York, where she got her degree. Melissa is also a certified sommelier (wine expert) having attended The Court of Master Sommeliers in Tourquay, United Kingdom.

When Melissa was 17, her first kitchen job was a position of pastry asssistant at the Getty Museum. After graduating from The Culinary Institute of America, Melissa underwent training under several Michelin-star and James Beard-recognized chefs that included Dominique Crenn, Craig Stoll, and Ron Siegel over the next 10 years.

Melissa has worked in several Michelin-starred Bay Area restaurants like Campton Place, Luce, and The Dining Room in Ritz-Carlton in San Francisco. She was chosen as chef ambassador for Whole Foods Market, as well as “Best Female Chefs in San Franncisco.”

Is Melissa King dating or married?

Melissa King is openly gay and an advocate of LGBTQ rights equality. She is in a relationship with her partner, Emi, who is a metalsmith.