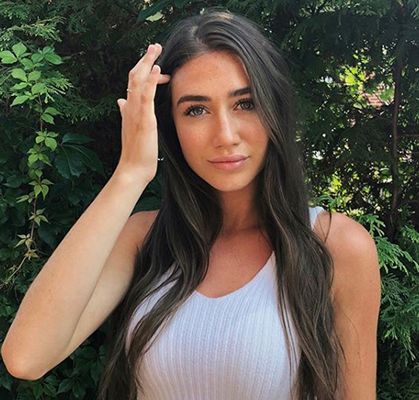 Get to know the beautiful and talented Canadian actress, model, and television personality Kamilla Kowal in this article.

Kamilla Kowal is a Canadian actress, model, and television personality who has worked for both Canadian and American movies and televison projects. She’s primarily known for her role as Bonnie McMurray in the Canadian TV sitcom Letterkenny.

Her film credits include The New Romantic (2018) and American Hangman. She is popular on social media, too.

She was born in Ontario, Canada, on July 17, 1997. She completed her high school education at St. Benedict Secondary School in Ontario. It is said that she graduated with a degree in English Literature, although from which college or university, it has not been mentioned, so far.

In 2020, Kamilla appeared on the long-running Canadian sitcom Letterkenny, a sitcom that is loosely based on Listowel, Ontario, the hometown of the show’s creator Jared Keeso. In the sitcom, she plays the role of Bonnie McMurray, which the audiences have come to love. Letterkenny, which began in 2016, is still currently running and is available in the USA through the streaming service Hulu.