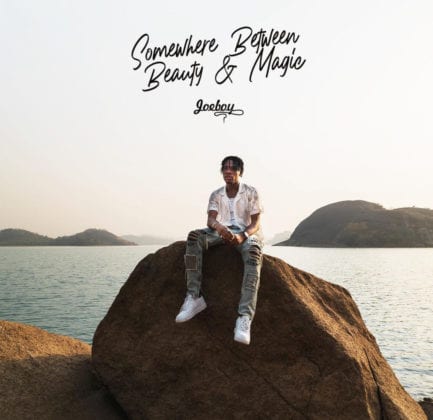 Joeboy gets ready to launch is debut album

The Afrobeat sensation is set to release his debut CD titled Somewhere Between Beauty And Magic.

Joeboy posted on his Instagram account, on January 18, 2021, a video clip that included details of his debut record. The details from the video clip revealed the date for the album’s official release.

But Joeboy’s fans should not wait any longer! Somewhere Between Beauty And Magic will be relased on February 4, 2021.

“Our album is ready and it’s beautiful… watch this space [with Y hand sign and star emoji] #SBBM.”

Joeboy is a singer-songwriter signed to emPawa Africa label owned by Mr. Eazi.

For sure, he will be the first Nigerian musician to launch a workshop CD in 2021 with a video entitled “Lonely.”

In addition to his solo work, he has been a featured singer in several tracks by other artists, including “Nobody” by DJ Neptune.

We are happy with the release of his debut album and wish him for his success.

Hear the full album below: