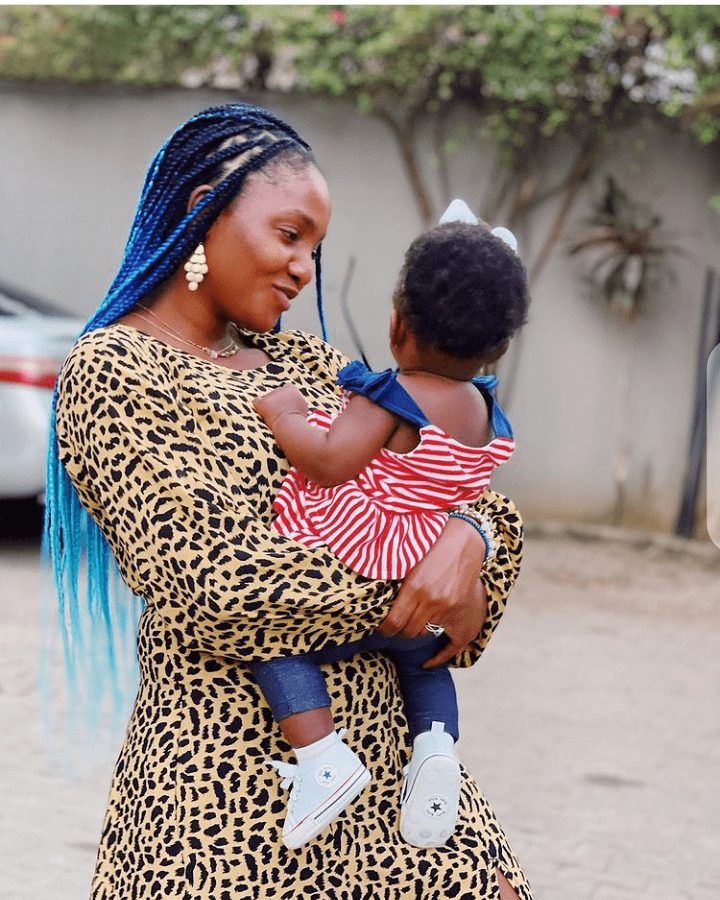 Popular Nigerian singer-songwriter Simi has taken to her IG stories to arrange boys to any thugs that bully her child.

Simi is enjoying her new motherhood. She is a singer-songwriter and actress known for her breakthrough single “Tiff” in 2014. The song subsequently earned a nomination at 2015 Headies awards in 2016.

In 2019, Simi married fellow singer Adekunle Gold, whom she previously dated for five years. She gave birth to a baby girl named Adejare on the 30th of May 2020. They are a happily married celebrity couple.

She seems to be more protective of her daughter even though she’s still too young to start school.

Simi further goes on to express that parents shouldn’t take their bullying children to their daughter’s school once she begins schooling. She adds that she’s ready for a fight and will also invite boys to thrash any thugs that approach her daughter.

As a mother, she has every right to be paranoid coupled with a viral video of the boy tha was bully and sexually assulted in a well-known Christian school recently. The protectiveness and paranoid feelings are only natural — it’s the responsibility of every loving mother to protect their children.

“Deja still has some time before she goes to school, but I want to tell you beforehand; if your baby is a bully, please don’t take him or her to Deja’s school because I fight and I will also arrange for boys to beat any thug that nears my child,  be you two years old or more.”

“…I agree with Simi. ARI is starting school soon. Should in case your child is a bully, please avoid my nephew’s school because ma na iya pa. I will wait for you at the junction and believe, me mo ma rush e no blow if you bully my baby. Your mama, your papa, aunties and uncles, everybody gonna get it…