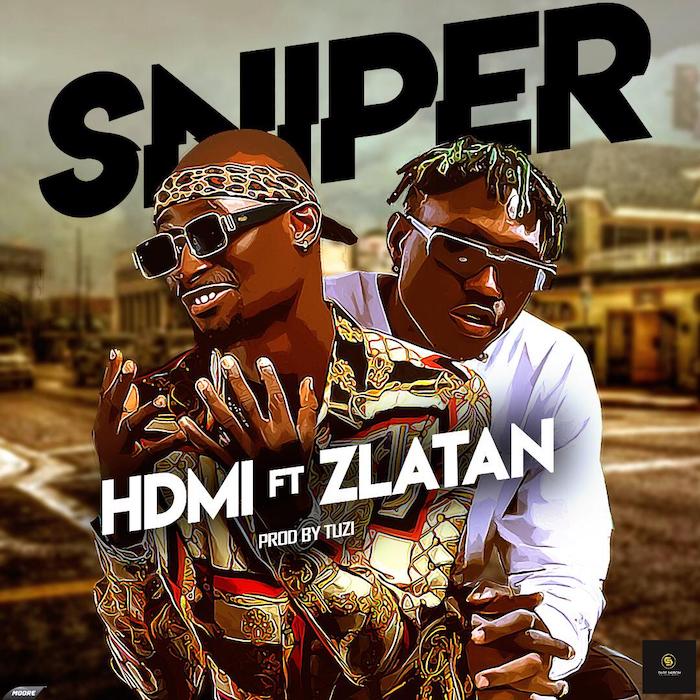 HDMI is one of the fastest-rising names in the Afro-fusion realm. His birth name is Doherty Edafe Tayelolu. Born and raised in Lagos, he obtained a Bachelor of Arts degree from the University of Benin. This immensely talented singer-songwriter grew up in a musica environment, as both of his parents are also musicians who enjoyed success in their music careers in the late 1990’s.

Zlatan is the award-winning talented rapper, singer-songwriter, musician, dancer from Ijurin Ekiti. His birth name is Omoniyi Temidayo Raphael and was born on December 19, 1994. He is also the founder and CEO of Zanku Records.

Being also a dancer, Zlatan is known for creating new moves especially when he launches a new single. Case in point is the release of his single, “Zanku” in 2018, where he also introduced a new dance routine of the same name.

About the new single “Sniper”

And now in HDMI’s new single “Sniper,” Zlatan does as much as expected with his unique musical style and snappy, catchy lyrics. Both artists really come through on this infectious beat with their soulfoul vocals and their flawless delivery. This street-raving single is now available for online download.