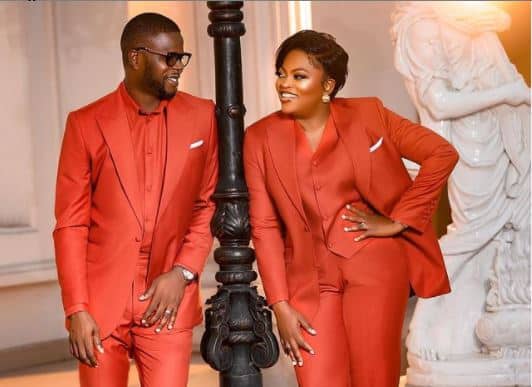 Funke Akindele Bello is a Nigerian actress and producer. She is also known by other names: Akindele-Bello Olufunke Ayotunde, Funke Akindele, or Jenifa. Find out all about this famous Nollywood star.

Funke Akindele was born in 1977, in Ikorodu, Lagos State, Nigeria, the second of three children. Her father is a retired school teacher and her mother is a doctor.

She graduated from Moshood Abiola Polytechnic (formerly Ogun State Polytechnic) with a degree in Mass Communication. Then she studied at the University of Lagos, eventually graduating there with a law degree.

Akindele first made a name in showbusiness when she starred in the sitcom I Need to Know, a sitcom produced by the United Nations Population Fund, from 1998 to 2002. She played a curious and intelligent high school student.

Akindele got her big break in 2008 in the comedy-drama movie Jenifa. Her performance in that film won her the Best Actress trophy at the Africa Movie Academy Awards. Her title role also earned Akindele her other nickname, Jenifa.

In January 2018, there was a controversy with reports that Akindele would appear Marvel’s Avengers: Infinity War as she was listed as a member of the cast on IMDb (Internet Movie Database). Nigerian mainstream media reported that Akindele was set to star in the Hollywood movie as the guard Dora Milaje, citing the IMDb. A few weeks later, Akendele’s name was replaced with that of the other Nollywood actress Genevieve Nnaji, with Akindele’s upload proved to be a hack. The following February, Senate President and Chairman of the National Assembly, Dr. Bukola Sarakia advised Marvel Studios to feature Akindele in the said movie.

In a July 2016 interview, Akindele said that she was getting less roles in the Yoruba  film industry at the time due to piracy.

In 2015, a TV sitcom entitled Jenifa’s Diary was launched. It was a spin-off to the hit movie Jenifa. Of course, it stars Akindele in the the title role. The series is still ongoing and it has 24 seasons as of this writing.

In 2019, Akindele made her debut as director in the political drama film Your Excellency.

She runs a non-governmental organization, the Jenifa Foundation, which aims at providing young people with vocational skills.