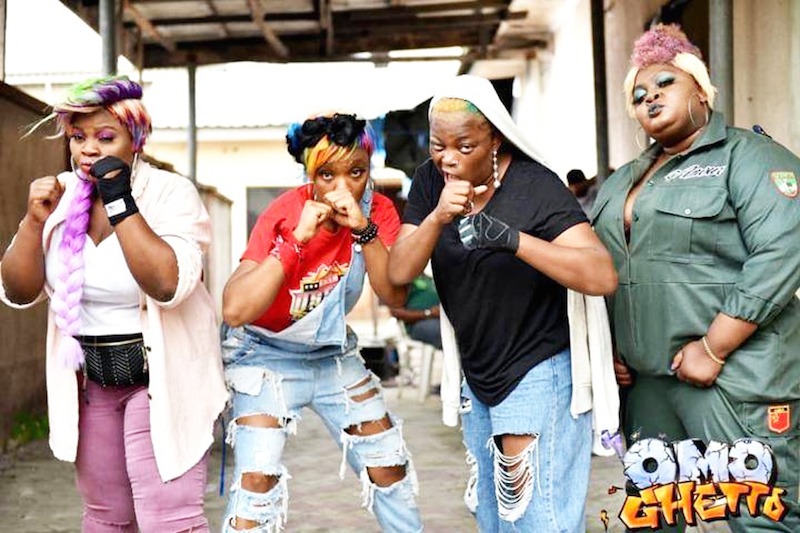 Funke Akindele is currently in Dubai with her husband for Omo Ghetto (The Saga) premiere.

The famous Nollywood actress was seen wearing a customized shrit of the movie in a photo that she shared on her Instagram account. She said that Omo Ghetto (The Saga) movie will be showing in selected cinemas in Dubai from January 21, 2021.

Funke wrote in the caption:

“How far Dubai? We don land o!!! #omoghettothesagamovie will be showing in UAE �� IN SELECTED NOVO CINEMAS from the 21st of January so get ready!!!”

Her husband, rapper and songwriter JJC Skillz, likewise posted his own pictures of the event on Instagram with the caption:

“I’m at the Top and I would prefer not to actually descend � Forward everlastingly ✊� Backwards never � @omoghettothesaga out in �� UAE.”

The couple has been delighting fans with wonderful pictures and recordings on their Instastories.

On Monday, Funke posted a video clip of herself, her husband, and their twins on the plane.

Omo Ghetto: The Saga is directed by the couple and debuted at EbonyLife Place, Lagos, on December 20, 2020.

Some of the film’s stars Chioma Akpotha, Eniola Badmus, Bimbo Thomas, RBD, and Bovi appeared at the debut screening. It was shown in cinemas throughout Nigeria on December 25.

Omo Ghetto: The Saga‘s prequel, Omo Ghetto, was released in 2010. The film tells of about twins, one of whom belongs to a thug female group.