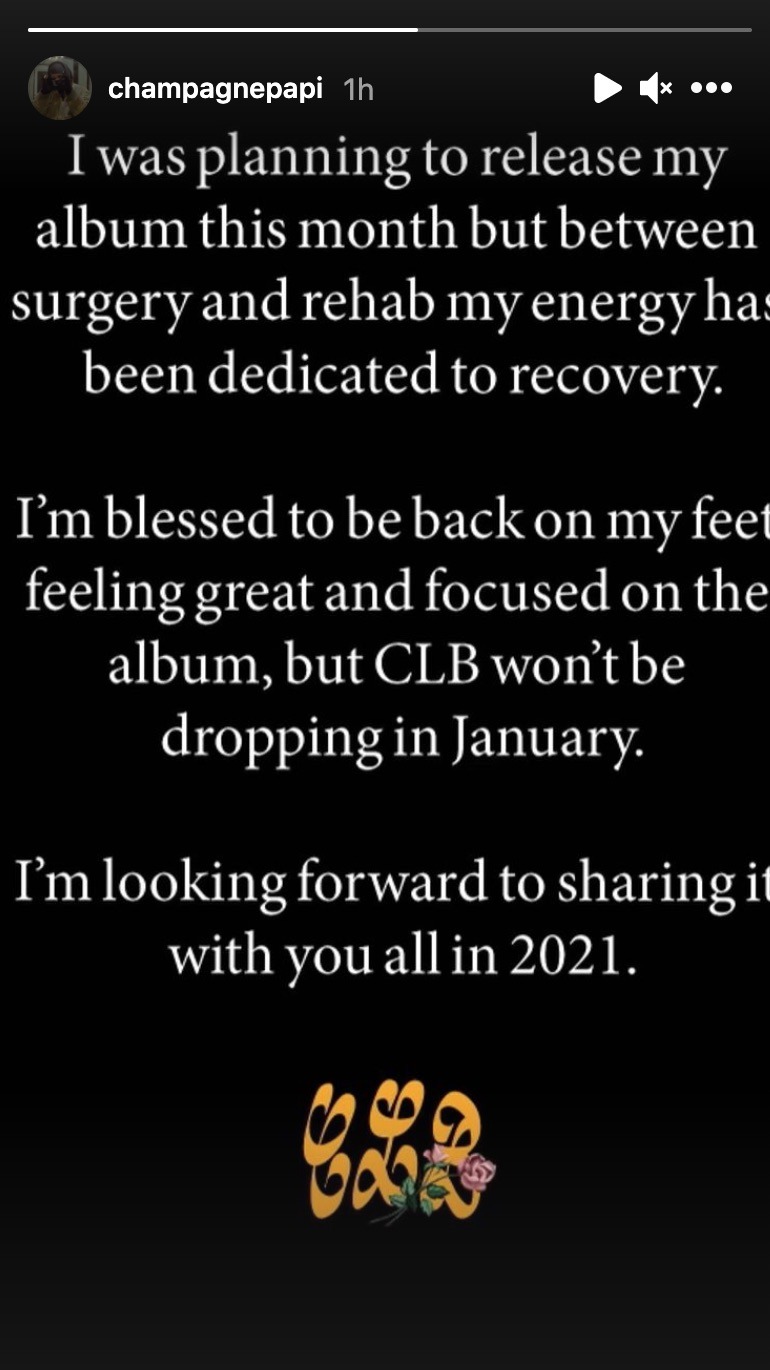 The album’s release was originally scheduled for the summer of 2020 before being back to January 2021.

Fans of Drake will have to wait a little bit longer for the release of Certified Lover Boy.

The 34-year-old rapper has announced recently that he is canceling the release of his sixth album — for the second time.

Drake, who released the non-album single “Laugh Now, Cry Later” last August 2020, says on his Instastory that he was planning to release his album in this month, but his energy “has been dedicated to recovery.” Amid his drug rehabilitation, he also sustained a knee injury last October 2020. Drake says that he’s blessed to be back on his feet again and focused on the album Certified Lover Boy, but maintains that he won’t be releasing it this month. He concludes that he is looking forward to sharing it with his fans this year, but without giving the exact date.

Drake initially announced on his Instagram last April 2020 that he was releasing an album in the summer of 2020. But later that year — on his 34th birthday — the rapper updated his fans about the status of his album, announcing that it would be released in January 2021.

Alongside his announcement, Drake also posted a video clip on his Instagram account that acknowledges his earlier albums and mixtapes, including “So Far Gone,” “Nothing Was the Same,” and “Take Care.”

Certified Lover Boy is a follow-up to Drake’s successful chart-topper Scorpion, which was released in 2018.

Check out the music video for “Laugh Now, Cry Later” below: