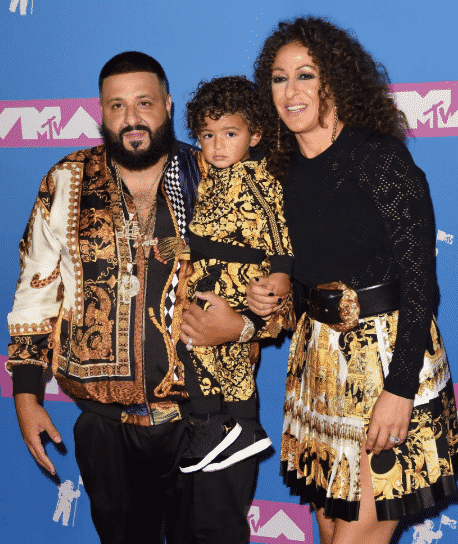 DJ Khaled and Nicole Tuck have welcomed their second child.

The 44-year-old prominent music producer took to Instagram early Tuesday morning, January 21, 2020, to announce the birth of their second child, a baby boy.

Sharing a photo of himself high-fiving Tuck’s doctor, Khaled wrote (written as is):

DJ Khalde’s announcement of his newest baby’s birth didn’t include the baby’s name. He didn’t live-stream the birth of the couple’s second child on Snapchat either, as he did with their first, 3-year-old Asahd Khaled.

DJ Khaled shared multiple photos on Instagram while his wife Nicole Tuck, also 44 years old, was in labor, though she isn’t seen in the picture.

In the first post, DJ Khaled is seen standing with the doctor. “DR JIN said you ready,” he wrote. The two other photos showed him waiting in the delivery room and were captioned with emojis.

Khaled announced the happy news that he and his wife were expecting their second son on Instagram last September 2019. He posted a video of his wife getting an ultrasound with Asahd also present. DJ Khaled wrote (written as is):

“Just when I thought life couldn’t get any better, I received another blessing that my queen is expecting an addition to our legacy. I’m feeling more inspired than ever now. As we go into this journey I’m taking FANLUV along with me to keep the love and blessings flowing to the world ! #FAMILY.”

Nicole Tuck is a New York-born businesswoman who is of African-American descent. Like DJ Khaled’s parents, Tuck’s parents were immigrants from Palestine.