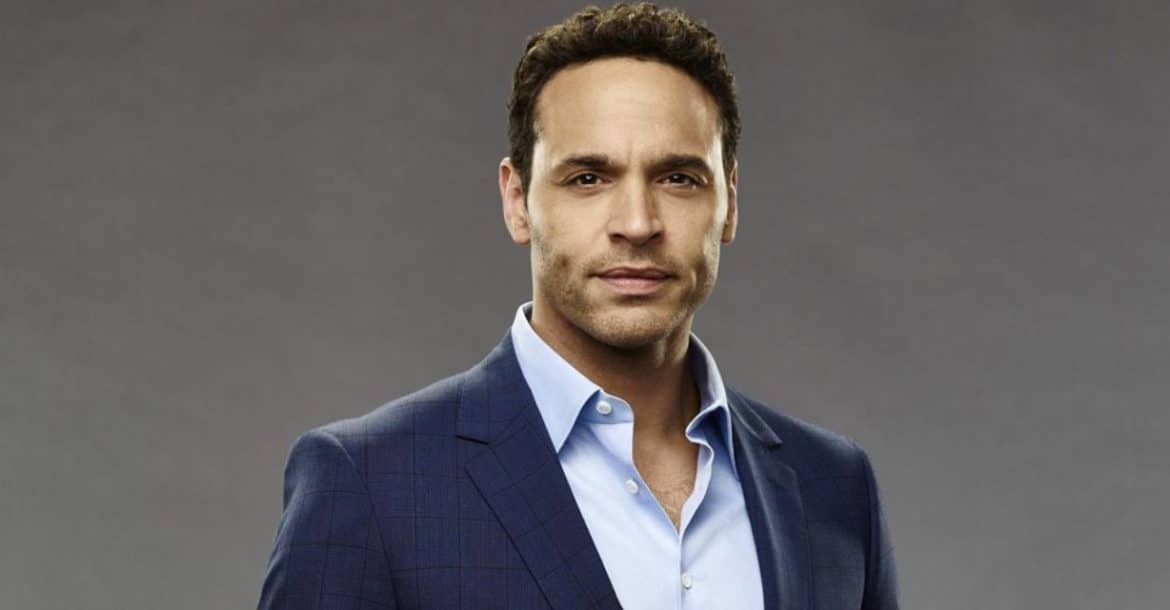 Daniel Sunjata — who is he?

Danile Sunjata is an American stage, film, and TV actor best known for his role of Franco Rivera on the FX television series Rescue Me and Paul Briggs on the USA Network drama series Graceland.

Daniel has appeared on several other TV shows, movies, and stage productions.

Daniel Sunjata was born Daniel Sunjata Condon on December 30, 1971 in Evanston, Illinois, a suburb in north Chicago, where he also spent his formative years. He is actually an adopted son; it was soon found out that his biological mother was a white teenager who ran away from home, and his biological father was black. He is of African, German, and Irish ancestry.

He is named in honor of Sundiata Keita, a 13th-century prince and founder of the Mali Empire. Sunjata means “hungry lion.”

Daniel graduated from University of Louisiana at Lafayette earning a Bachelor or Arts degree. He later attained a Master of Fine Arts from the Graduate Acting Program at New York Univesity’s Tisch School of the Arts.

Daniel appeared in his first role as Valentine in the TV movie adaptation of Shakespeare’s Twelfth Night or What You Will, in 1998.

He appeared on the first post-9/11 episode of Sex and the City as the sailor on leave.

Daniel starred in the main cast in Rescue Me, where he played as Franco Rivera, one of the firefighters of the New York City Fire Departement. The series lasted for seven seasons (2004 – 2011). In 2007, he essayed the role of baseball star Reggie Jackson in the ESPN miniseries The Bronx is Burning. Continuing his television work, Daniel appeared in the cast of Grey’s Anatomy from 2011 to 2012, playing the role of Nurse Eli who had a relationship with Dr. Miranda Bailey.

He portrayed Captain Mark Jones, Special Forces Operative in the Christopher Nolan movie The Dark Knight Rises in 2012. His other acting credits on the big screen include Bad Company, Brother to Brother, One for the Money, Ghosts of Girlfriends Past, and Small Town Crime.

In 2013, Daniel Sunjata starred in the lead role as FBI Senior Agent Paul Briggs in the USA Network drama series Graceland. It was canceled after three seasons.

Daniel made other TV appearances in D.C., Law & Order: Special Victims Unit, Smash, and Notorious, just to name a few. His latest TV appearance is in the TV movie Christmas Again, starring as Mike Clybourne.

Daniel is quite a talented actor who is serious and dedicated to his craft. He has lent his vocal talents to the video game TOCA Race Driver as the characters Nick Landers/James Randall.

He has also acted on several stage productions, the most popular being Take Me Out.

From his occupation as an actor and his other pursuits, such as an organization that he prefers not to reveal, his net worth is around $2 million.

Many stars like to maintain their personal lives as private as possible. In Daniel Sunjata’s case, he doesn’t appear to be dating. As of 2022, he is currently single and not dating anyone. But according to some information gathered online, he had at least one previous relationship.

Is Daniel Sunjata into social media?

Social media has become so popular and it seems every celebrity has at least one or a couple of social media accounts. Unforunately for Daniel’s fans, he’s not really into social media. Well, it’s surprising, right? Although there have been points in time that he used to be active on social media, that doesn’t seem to be the case any longer. As far as we can see, Daniel doesn’t have any verified social media accounts as of the moment.