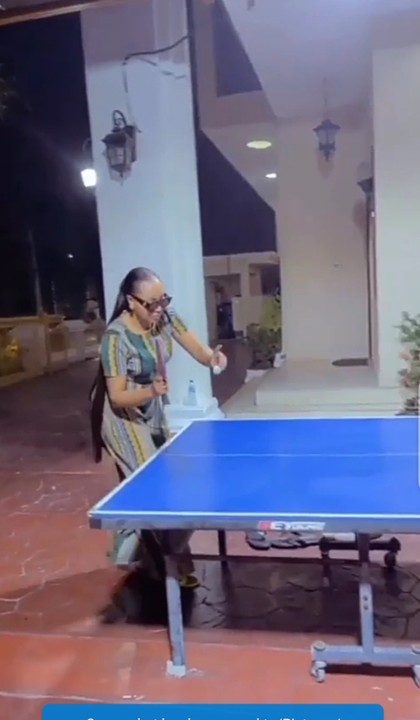 On a table tennis game, famous Nigerian comedian AY and his better half engage in a fierce table tennis battle

Popular Nigerian comedian AY and his wife of 12 years, Mabel, played a fierce but fun game of table tennis.

Here’s another video of Ay surprising his wife Mabel on her birthday:

About Ayo Makun aka AY

Ayo Makun, also known as AY, is a Nigerian comedian, actor, radio and TV host, writer, producer, and film director. He is the host of A.Y. live shows and comedy skits. He starred his first movie 30 Days in Atlanta (2014), which he also produced.

A savvy businessman, AY is also a Chief Executive Officer of Corporate World Entertainment, Nigeria, owns a club house, and an investor of stand-up comedy who has influenced aspiring comedians in Nigeria through his AY “open mic challenge.”