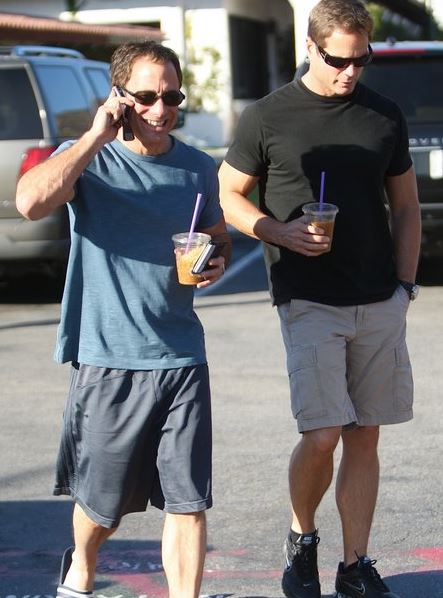 Andy Mauer is an American former doctor and fitness instructor. He is a certified chiropractor. However, he perhaps is widely known as the longtime partner of Harvey Levin, American TV producer and founder of the celebrity news website TMZ, where he also works as an executive.

Although Mauer has gained considerable fame as Levin’s boyfriend, he prefers to keep himself out of the limelight. Therefore, not a lot of people know much about his life in the present.

However, we have brought some details about Mauer.

Andy Mauer was born in California, USA, in 1965. He is assumed to be of German Jewish descent.

He attended the University of California in Los Angeles, where he graduated with a bachelor’s degree in communication studies.

As we’ve mentioned earlier, Mauer is a certified chiropractor. He started his chiropractic practice in 1994 at his firm Mauer Chiropractic, Inc. in Beverly Hills, California. After being in the profession in over a decade, he quit in May 2011. In the same month, Mauer joined TMZ as producer for TMZ Celebrity Tour, remaining in this position until early 2013. From 2013 to 2016, Mauer worked as TMZ’s Director of Talent Acqusition.

Despite the fact that they’ve been together for quite long, Mauer and Levin have not maried. Well, not just yet. Also, they don’t have any children and not one of them is planning to have one.

Mauer and Levin live together in a beautiful and expensive home in Hollywood Hills West. According to some reports, the gay couple have put their property on the market for an asking price of $5.3 million in 2013. Later, they reduced the price to almost $4 million in 2015.

Aside from their home, Mauer and Levin jointly own several other properties.

With a successful prior career as a chiropractor, Andy made a lot of money for sure. He also had a huge salary of $120,000 when he was Director of Talent Acquisition at TMZ. Thus, his net worth is estimated at $1 million.